The Survivor Mitzvah Project Presents “IN THEIR OWN WORDS”

COMMEMORATE INTERNATIONAL HOLOCAUST REMEMBRANCE DAY
“IN THEIR OWN WORDS”
THURSDAY, JANUARY 26, 2012 at 7:00pm
at the MUSEUM OF TOLERANCE
In Their Own Words is the story of The Survivor Mitzvah Project’s humanitarian effort, providing lifesaving aid to elderly and forgotten Holocaust survivors scattered across Eastern Europe. The readings will give a contemporary voice to these remarkable but forgotten individuals as they share their experiences, their wisdom, and their hopes for a brighter future for all mankind.
Featuring: 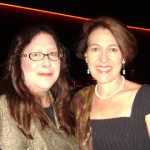